When one talks about style one, inevitably, gets stuck in a variety of definitions and variations of it; from modern to vintage, eccentric to modest, fashion expressions vary and tend to reflect a person’s individual power of association, which is why discussing it in a broader sense doesn’t really hold much water.

However, what the majority of people tend to agree upon that certain pieces are timeless and that their charm will last forever. A few of such pieces are dresses that we all oh-so-dearly melt over.

Here are the dresses referred to in the lines above:

Crinoline – You’ll never see anyone wear it these days, but the Crinoline cut will forever hold a special place in our collective fashion consciousness. Sure, there were attempts of the esteemed designers like Vivienne Westwood, Alexander McQueen and John Galliano to revisit the crinoline and give it a modern spin by cutting it short or changing its usual color, however – nothing ever compared to the original design.
Mostly worn during the Victorian era with the corsets that emphasized the hourglass shape, the Crinoline will forever stand against the winds of time and remind of the subtle romance, harmony and that feminine exuberance that’s rarely ever seen today.

LBD (Little black dress) –There is no woman on this planet who doesn’t have one in her wardrobe, or at least a variation of it.

When Coco Chanel came up with the design in the late 1920s, the dress itself was a real boom for the current period in time and it was more of a liberation statement than a utility piece, although it quickly became evident that the LBD will remain forever.

Given the post-waratmosphere, the youth felt it was about time they abandoned their former beliefs and embraced the renewed life upon them.This social change rapidly seeped into all pores of life and therefore affected the fashion industry which, consequently, gave life to the LBD. From the constrained cuts that covered women from neck to feet to the liberated, short and light designs (that very much imitated this post-war sentiment of the young generations), this was the right time for Coco’s vision to come to life.

Given its versatility and affordability as well as its chic design and the initial neutrality of color (that, to this day, has remained intact), an LBD is still every woman’s favorite piece of clothing, and long may be so.

Cocktail dress – There’s nothing about a cocktail dress that you may not love. Sleek, elegant and suitable for virtually any formal occasion, a cocktail dress is often considered a variation of the LBD, although with a liking for color and pattern. From body-con to flowy, cocktail dresses are knee-length and can vary in style and design, depending on the person’s individual taste. Anyhow, they are perfect for almost all occasions.

The Mini – Mid-thigh level, provoking, daring and bold, the miniskirt is that one piece of clothing every girl hopes to wear but not every girl knows how!. For the mini to look flawless, thin, long legs are a requirement and a somewhat slim, banana build is desired.

The mini started increasing in popularity (or came to life?) back in 1950s with Mary Quant’s designs that left little to the imagination (i.e. the mini is only 10 cm long). While Quant is ambivalent about the claim that she invented the miniskirt, it is evident that it was at about this time that everyone started rocking it. Quant often states that if anyone is to be given credit for the invention of the mini it’s her customers as they requested for the shorter hemlines for their skirts, much like those Quant privately had worn. 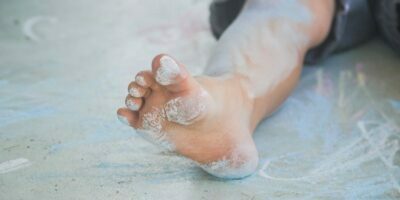 Hy! My name is Leah Wellish. I am a 26-year-old fashion designer and beautician. I love my work and it gives me great pleasure to share my experience with others.

Style is a way to say who you are without having to speak Copyright © 2022.
© 2022 - minxtastingroom.com - All Rights Reserved.